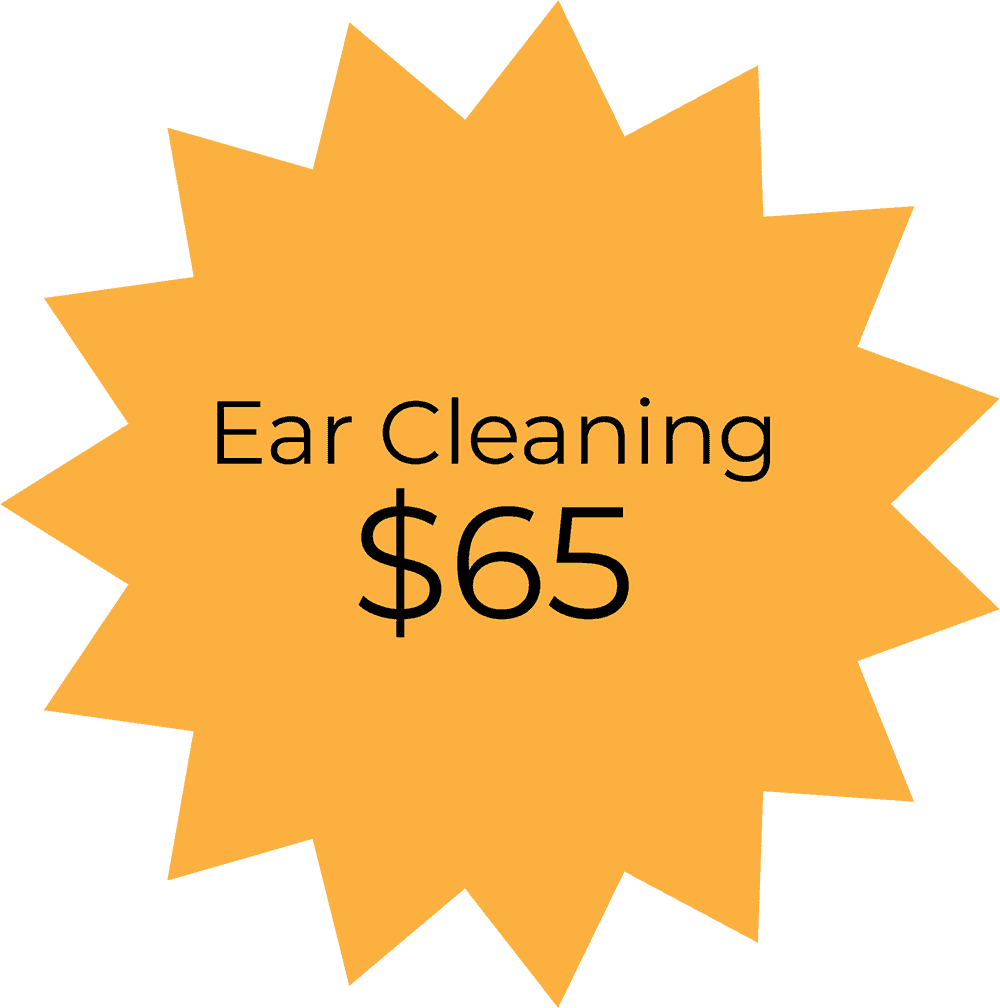 Earwax is a substance that you are likely already familiar with. It is a natural substance produced by glands in the ear canals and if it accumulates, it can feel uncomfortable. Symptoms of impacted earwax include tinnitus (a ringing noise in the ears), hearing challenges, discomfort, and infection. People often use a cotton swab in attempts to remove earwax, but this is a potentially dangerous method that experts will never recommend. Cotton swabs can easily push wax further into the ear and even cause injury. The most safe way to remove earwax is by having a specialist facilitate the process.  At Southwest Florida Center for Hearing and Balance, we provide a range of audiological services including earwax removal!

Earwax, technically known as cerumen,  is a sticky substance, but is not a wax at all. It is actually a mixture of dead skin cells, secretions from glands in the ear, hair, as well as other substances that can build up in the ear. You may be surprised to learn that earwax actually plays an important role in the ear’s ecosystem.Earwax contains antibacterial properties that contribute to keeping the ears healthy.  It helps trap bacteria and dirt which prevents these harmful substances from reaching the middle and inner ear and causing infection. Earwax also helps keep the ears moisturized, protecting against dryness which can cause irritation.

Cerumen has a natural way of exiting the ears. This happens organically through jaw movements – produced by eating, talking, laughing etc. – which helps cerumen move towards the opening of the ear, eventually flaking off.  Sometimes this doesn’t happen and earwax can accumulate in the ear canal; this is known as impacted earwax.

According to the American Academy of Otolaryngology, 12 million people seek medical care for impacted earwax and over 8 million removal procedures are performed annually. Remember, it is totally normal and natural to have some cerumen in the ear canals! But if wax becomes dried it may not naturally exit the ear canal.  Additionally, some individuals have cerumen glands that produce excess wax which can lead to accumulation. Some other factors that can lead to an accumulation of earwax in the ears include:

Impacted earwax can produce a range of unpleasant symptoms including the following:

If excessive earwax is not removed and remains in the ear canals, these symptoms can worsen and contribute to infection and hearing loss. Safely removing earwax is important to maintaining ear and hearing health. A great way to do this is by consulting with a specialist who is trained in removing cerumen safely and effectively.

Earwax removal services are commonly accessed to comprehensively and safely remove earwax. Removal is necessary for our patients who experience impacted cerumen and/or those who have wax that is obstructing visualization of the eardrum.  At Southwest Florida Center for Hearing and Balance we provide quality care and are committed to tending to all of your ear needs. Our earwax removal services provide a thorough cleaning that carefully removes earwax.

We start the earwax removal process by carefully examining your ear canals with a lighted otoscope. Using an otoscope allows us to effectively visualize the ears and assess where cerumen has accumulated and if it needs to be removed. There are a few approaches that are used to remove earwax, including:

Depending on how much earwax is in the ear, we may need to repeat these processes to thoroughly clean the ears. Afterwards, we’ll examine the ear canal to ensure that we have clear visualization of the eardrum.  It’s important to note that some individuals will never need to have their ears cleaned of cerumen, while others may need to have this procedure done regularly.  Every individual is different!  Always start your journey into hearing healthcare with an expert who can give you education and guidance, like our two Doctors of Audiology at Southwest Florida Center for Hearing and Balance!! 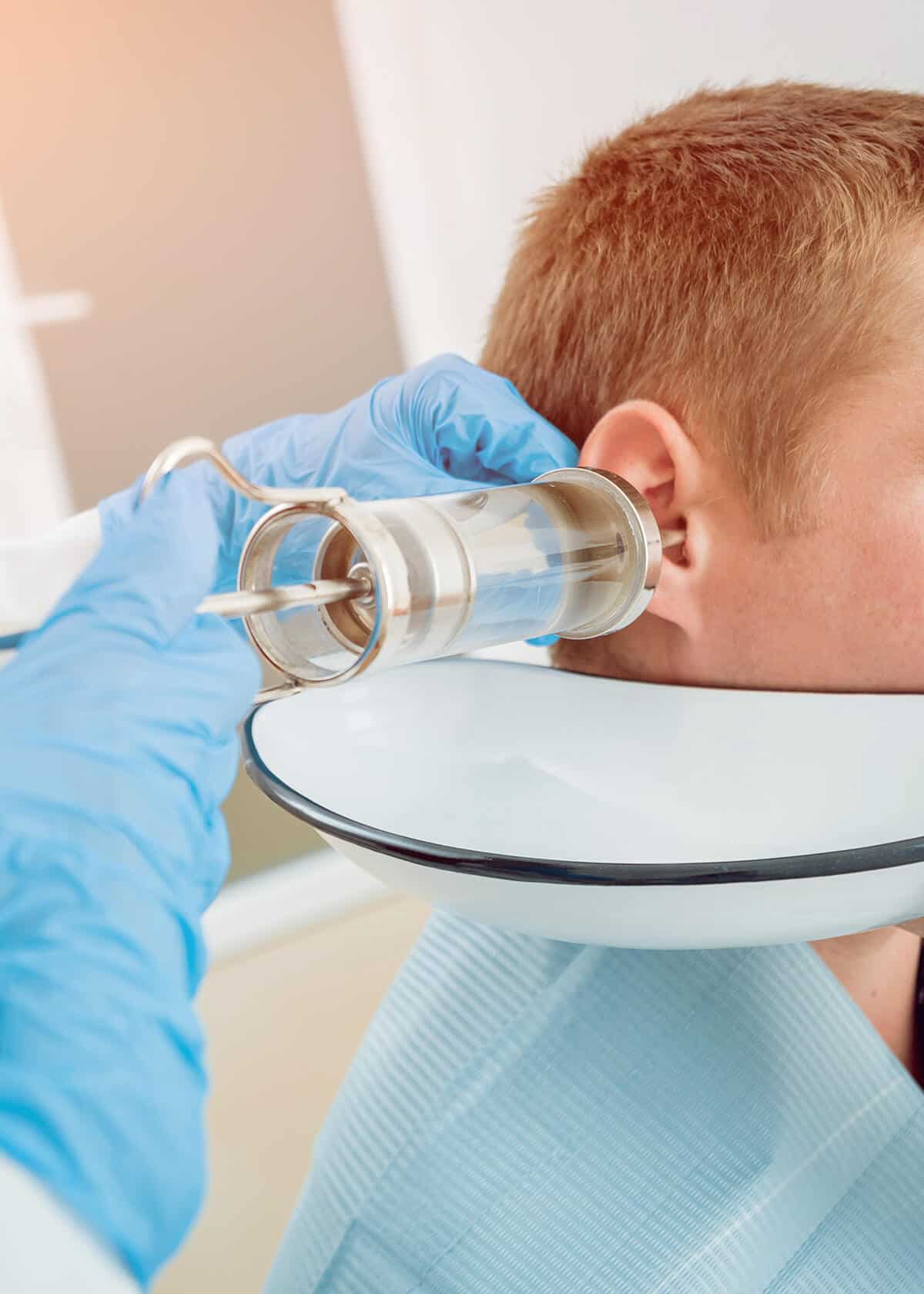 Videonystagmography “V” using video and an infrared camera, “N” nystagmus or involuntary eye movements, “G” to graph measurements. The use of video goggles accurately documents eye movement using infrared signals. With this technology we can not only measure the eye movements, but we can see them and capture video of their movement.

Your eye movements are directly related to what your inner ear (semicircular canals) is doing. They are the window into the function of the balance system. During the test you will be asked to follow a light with your eyes while the movements of your eyes are being monitored. Then you will be moved in different simple body positions to determine if your balance system is responding normally. Finally the audiologist will present cool and warm air to your ear canals. This will give you a sensation of spinning for a short time while your eye movements are being recorded. This test helps us to determine how well your vestibular systems are functioning. The audiologist will analyze the test and send the results to the referring physician for review.

Auditory Brainstem Response is an test that allows us to verify the integrity of your 8th cranial nerve, the auditory-vestibular nerve. During this examination, electrodes will be affixed to the skin on the forehead and behind each ear. You will lie comfortably on the exam table and hear loud clicking sounds. There is no response required from you. The audiologist will be obtaining valuable information regarding the status of your 8th nerve on each side and will send the results to your referring physician for review.

Positional vertigo is the most common, and most misdiagnosed, form of true spinning vertigo. Particles in the vestibular system called otoliths (or “crystals”) become dislodged and enter another portion of the vestibular organ. This causes brief true spinning vertigo that occurs with head and body positional changes. The treatment for benign paroxysmal positional vertigo, BPPV, is a simple series of head and body positions performed by the doctor of Audiology. It is important that we can verify the side and location of the dislodged particles to utilize the correct repositioning treatment for you. The procedure only takes a few minutes to complete and most patients only require one treatment to completely resolve their positional vertigo. Unfortunately, this procedure is not covered by insurance when the audiologist performs it, so there is an out of pocket expense.

The vestibular evoked myogenic potential (VEMP) is a diagnostic test used to evaluate the health of specific balance organs and associated nerves. It is usually used in a battery of other tests (VNG, ECOG, ABR and/or a hearing test) to determine where your dizziness may be coming from. This test is completed by recording and measuring muscle responses from the neck or just below the eye while a loud clicking sound is played in the ears. Even if your hearing loss prohibits you from hearing the test sound, normal responses can be recorded. The tester will clean the skin of your neck, forehead, sternum (chest) and under the eyes. Small surface electrodes will be affixed to the skin in these areas. Earphones will be placed in each ear canal. You will lie comfortably on the exam table and turn and raise your head while the sound is played in the ear for up to a minute at a time. In addition, you may be asked to focus your eyes upward on a specified location while the sound is being played in the ear. The computer will record several responses from each ear. The audiologist will analyze the test and send the results to the referring physician for review.